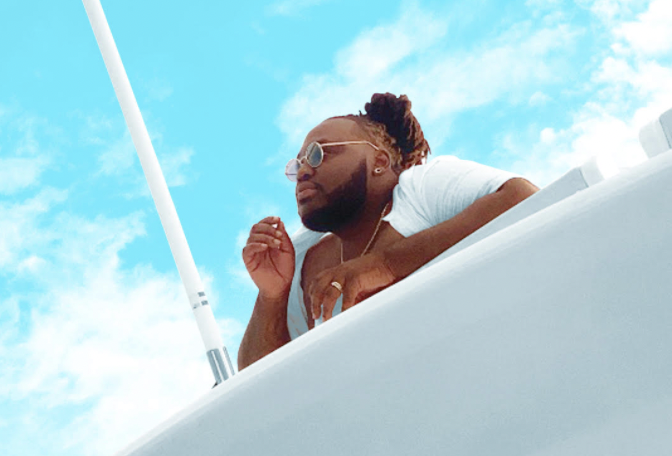 Portland producer and DJ Drae Slapz goes global in his latest visuals for “Been Around.” The second track off his first full-length solo project NRG, Slapz is in a groove, cooly riding the atmospheric, hazy beat(a trademark of his work, to be sure) as espouses about his trials, tribulations, and triumphs. Full of quotables like “Never Scared, I done put that BoneCrusher on,” and “we navigate this Field of Dreams, you follow the moves,” but at less than two minutes long, “Been Around” previews the formula found on the rest of NRG: short, catchy trap-inspired tracks that create a litany of “vibes”—from brash to standoffish to vulnerable.

Shot on location in Morocco, Slapz eschewed the traditionalism of contemporary hip-hop videos, focusing on the people, places, and landscapes that comprise the African nation. “I wanted to make it a vlog style video and showcase Morocco through my eyes. I only did two performance scenes and wanted those to feel like the “B roll” of the shoot, not the primary footage. It was about showing the country’s beauty and what it had to offer,” said Drae Slapz, Portland producer and founder of Rare Vibe Records.

A collection of solo work, collaborations, and unreleased singles, NRG marks a monumental milestone in Drae Slapz’s discography. “NRG is a compilation of a diverse set of my records to show my range as an artist. It’s the culmination of 15 years of music production, four DAWS, three different stage names. It’s ten years of engineering, eight years of DJing, three labels, two college degrees, five certificates, and a corporate career. It’s a reflection of my relationship with my community, my wife, and with Christ. It’s duality, patience, consistency, and the will to keep going”, said Slapz.

“Been Around” is now on YouTube. Stream NRG on your favorite music platform or purchase at RareVibe.com.