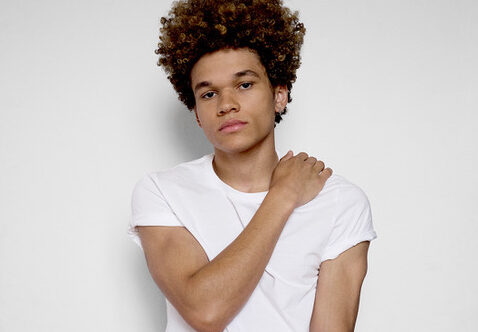 18 year old Armani Jackson spent the last decade performing alongside top names in Hollywood and building a solid resume for himself in television and film. Armani plays a lead role in the new YA Paramount + Honor Society film releasing July 29th opposite Angourie Rice and Gaten Matarazzo and top lines the new Wolf Pack series from Teen Wolf creator Jeff Davis. Wolf Pack follows a teenage boy [named Everett]  and girl [named Blake] whose lives are forever changed when a California wildfire awakens a terrifying creature. Armani is currently in Atlanta filming the series to release this fall.

While he’s created solid onscreen momentum for himself and his career, Armani has also been creating his own music. After delving into his musical talent last year, Armani has already produced a number of genre-defying alt hip hop meets R&B singles – partnering with The Morgue (Trey Songz, Lil Yachty, Saweetie, Quavo, Rihanna).

His latest single, “Roll With Us” is an autobiographical song about facing a lot of doubt from others throughout life. He confides, “I wanted to write a song that symbolizes a big fuck you to the ones who said I wouldn’t accomplish what I have. I also wanted to make this song for the people who feel like outcasts that don’t necessarily “fit in” to remind them that even if you haven’t found your pack just yet, you can always roll with us.”

As a young adult with a platform, Armani knows that he is in a position to provide a positive influence to his peers/generation. Armani is creative with his ability to connect with his expansive audience. He does this with integrity and authenticity, which will ultimately make him rise in a highly competitive industry.

NY-newcomer Jake James has released his new single and video “Count It Slow” via Encore Music Group. The larger-than-life visual finds Jake in true Wolf Of Wall Street form rapping on his earnings from a bird’s-eye-view of... 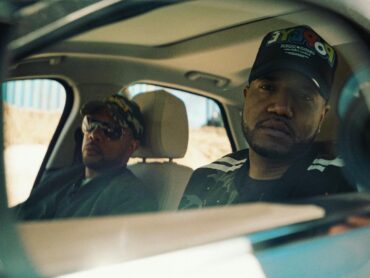 Super Group Perfekt and Chance are back after a long venture in the music industry. After establishing their record label, Gittuff Ent managed and developed new talent. They are back to their artistry which is their first...